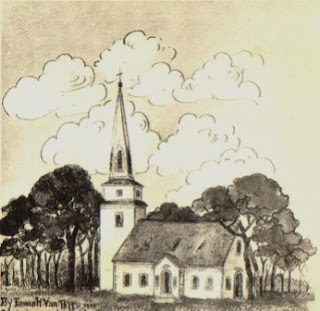 Emmanuel Presbyterian Church finds it's early history going back before the foundation of the United States.  Their early members were part of the Presbyterian Church in Morristown, which held to the Westminster Standards and began in 1733.  In 1738, the church received a charter issued by King George II of England; and in 1742, the congregation called Rev. Timothy Johnes as its first pastor.

Note:  In the early days Reverend Gresham Machen was a supporter and stated supply for the newly formed Emmanuel Congregation.  By the way, it was Machen that shepherded the congregation away from a modern loosely worded translation of the English Bible and back to a more literal version of the Bible.